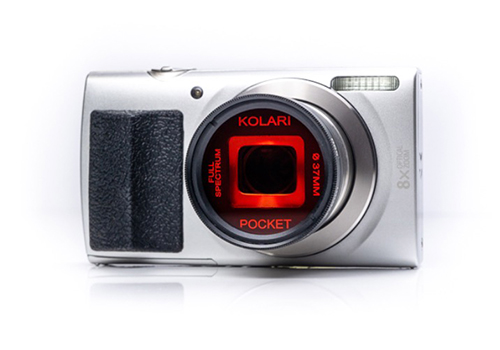 Kolari is changing the game.

Before I bought my first dslr, I had a formal 35mm photography pedigree.

I love my dslr. But no matter how crazy pristine the image quality gets, it’ll never be better than my Cannon FTb. Ever. Film photography is the best.

Everybody has heard of Kodachrome.

There’s the Paul Simon song. The most famous image from the later 20th century was The Afghan Girl. (That photograph was shot by Steve McCurry on Kodachrome film in 1984.) Everyone on earth aged 25 and up has seen that picture.

Also popular amongst the photographer crowd, was the color IR film, AeroChrome.

It’ll set you back around 80 bucks a roll these days. That is, if you can even find it. Companies like Lomochrome and Rollei have tried creating imitation IR rolls. Despite their best efforts, it’s still not quite the same.

The best attempt I’ve seen at recreating those iconic colors is a digital filter, not film.

Kolari is known for advancements in full spectrum digital photography conversions. They do full spectrum, IR, and UV. Also they sell filters and pre-converted camera kits.

They focus on what happens above 700nm and under 400nm.

(Infrared and Ultraviolet light respectively.) They’re all about what happens outside the visible spectrum of light.

Kolari made an IR Chrome filter. The corner of the photography world that misses AeroChrome is doing a happy dance.

The catch? It only works on cameras that that have been modded to have their existing internal IR blocking filters removed. Or one of Kolari’s pre converted digital cameras.

Check out their pocket camera while you’re checking out the filter. It’s a fun little camera for a great price and its already full spectrum so no mods needed.

The filter took over a year to develop. But a photographer needs to do almost no post production work to capture the Aerochrome look. Kolari wanted to make sure that the desired results could be achieved in camera.

Images coming from this filter are like looking back in time so I’d say they achieved their goal.

Get your Pocket Camera with the Filter set and start experimenting today!